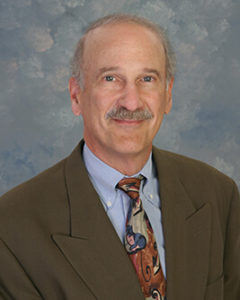 Alan M. Berg, M.D., a Board Certified Ophthalmologist, has been a pioneer in refractive surgery, beginning with Radial Keratotomy (RK), for the last 25 years. He now specializes in laser vision correction and refractive lens implant surgery. He chose to become an ophthalmologist to “help patients with their most important sense – their sight.” Dr. Berg is a national consultant for Merck and Allergan medical corporations, enabling him to share his expertise in ophthalmology with ophthalmologists all over the world. Dr. Berg has performed over 20,000 LASIK procedures, including Dr. Feinfield, his partner. Dr. Berg has been chosen as one of only 50 surgeons in the U.S. to be involved with clinical trials of the Implantable Collamer Lens (ICL). Dr. Berg has chosen to use only state-of-the-art technology, to help his patients, which include both the VISX Star

Dr. Berg earned his medical degree and completed a year of residency at Bowman Gray School of Medicine in Winston-Salem, North Carolina. He finished his residency in Ophthalmology at the University of Southern California in Los Angeles, where he remains on the faculty teaching residents in training. He is a medical staff member and former Chief of Ophthalmology of Providence St. Joseph Medical Center. Dr. Berg is the former Chief of the Department of Ophthalmology at the City of Hope Medical Center in Duarte. He was an expert reviewer for the California Medical Review Board. He has performed thousands of cataract IOL surgeries and now utilizes advanced IOL technology including Multifocal/Accommodating Implants for the correction of presbyopia.

Dr. Berg was recently honored as VISX Star Surgeon by the VISX Laser company as one of the leading top 5% LASIK surgeons in the USA and has been featured on UPN (Channel 13) news regarding advances in LASIK technologies. Dr. Berg has been selected as one of the”Best Doctors in America” in 2005-06. He has lectured on laser vision correction throughout the United States to other ophthalmologists and has taught foreign ophthalmologists the art of LASIK. He is the medical director of Kobe Laser Center in Tokyo and Kobe, Japan.

When he is not working, he enjoys spending time with his wife and two children.