Is LASIK as Safe as Doctors Claim? 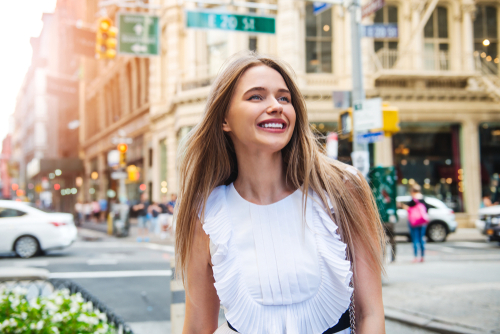 LASIK sounds like it could be a surgery of the future. A laser used to change the shape of your eye to fix your vision?

It’s a little far-out. But LASIK is very much a modern technological advancement. In fact, the procedure is almost 25 years old now.

There’s very little that’s new or experimental about LASIK surgery. Recent advancements make it more effective than ever. Risks associated with surgery have also gone down.

How is LASIK done? You might be aware of the general idea, where lasers reshape the cornea. But this doesn’t involve simply using a laser on the direct surface of the eye.

PRK removes the cornea’s thin protective layer and then shapes the surface of the cornea. PRK is another kind of laser correction procedure that’s like LASIK.

But LASIK is more advanced and safer than PRK. During LASIK, surgeons create a flap in the cornea and reshape the tissue underneath.

This is done using a laser. Then the flap is replaced, acting like a natural bandage as your eye heals. This makes recovery a lot faster and easier and minimizes risks.

LASIK is a Low-Risk Procedure

Any surgery carries some risks. But as far as surgeries go, LASIK is very low risk. It also has a very high success rate. With patients who have had LASIK, it has a 96% success rate!

Part of what makes LASIK a low-risk procedure is its extensive candidacy process. To undergo LASIK, you must qualify as a candidate first.

The only way to do this is to have a LASIK consultation. A good LASIK surgeon will only accept qualified candidates to perform LASIK on.

There’s No Risk of Blindness

What many people don’t realize is there’s no chance of going blind if you get LASIK. This is because it doesn’t involve any vital centers of the eye.

LASIK only reshapes the cornea, which refracts light onto the retina. The retina and optic nerve see and relay images back to the brain.

Since the retina or optic nerve isn’t near where LASIK is performed, they are completely safe. This makes the risk of blindness almost zero.

Going blind or experiencing vision loss from LASIK is unlikely. Though LASIK is a low-risk procedure, there are some risks to consider. These include infection, dry eye syndrome, decreased night vision, halos, and a dislocated corneal flap.

Most can be completely avoided by caring properly for your eyes before and after LASIK. Essentially, if you follow your doctor’s orders, you have a very low chance of having any problems.

Thinking about getting LASIK yourself? Contact Berg Feinfield Vision Correction in Sherman Oaks, CA to schedule a LASIK consultation! If you want visual freedom, LASIK is the best gift you can give yourself this season!